“No problem about contacting….I do that all the time with my friends”

One of the great goals of any high school service-learning programme is that by the end of the programme students can take responsibility for planning and initiating a project. That more often than not involves the student making connections with a community group in order to identify an authentic need and developing a continuing relationship with them.

However, therein lies a problem, which has surfaced, and it is related to communication.

Several Service Learning Coordinators have identified a major problem that they have come across with students in their care and that has to do with communication. One coordinator told me that one of her students admitted to not having the confidence to communicate with adults on the phone. The student made this comment:

“Adults, they just don’t speak our language or understand us when we send them a text”

The coordinator realised that she needed to teach her students about the correct tone and register to speak to adults on the phone. They are used to using nicknames and abbreviations in their contact, which might be completely inappropriate with adults.

They went through some role-plays using the following strategies:

Students also face problems when they have to have face-to-face meetings with adults they are not familiar with. One coordinator noted “Students prefer to live in their virtual world when they can hide behind their screen”

Consequently, when they meet the adults who they are trying to work with they can appear gauche or disinterested in what they are going to do. Role-plays and writing a script of what they want to say has helped some students to overcome this issue.  Students were also given feedback about their body language and the messages that it gives to other people.

The other area of communication that students have had some issues with because of the use of short hand texts on their smart phones was in knowing how and when to send appropriate text messages and emails to adults that they are working with. An experienced coordinator told me that they provide students with a template for contacting outside organisations by email. Checking outgoing emails to adults that they are going to work with and ensure that they had been properly phrased and presented followed this up.

Students sometimes get the tone of emails wrong. Instead of asking questions and trying to find out what issues there are they instead tell people what they think is the correct action needed. As a consequence, they come across as being arrogant and privileged. In addition, they

seemed unaware that adults see as being rude perceived the use of capitals in the text. To the adults such communication was seen as shouting and offensive.

Some students also experienced difficulties in writing to groups who they were looking to help or sponsor their activities. Students needed to be shown how to write a business letter, as they had never been exposed to this as part of their own education. An important lesson was to ensure that student knew whom they were trying to address and what title they had within the organisation and also what support they were trying to get.

This ability to communicate both orally and in writing is essential to Service Learning. However, it may in fact reflect the ability of young people to relate to adults who have grown up with different technologies. What is your opinion?

Students that come from another culture often face issues in telephone communication. My own experience of working with some Nepalese students is a case in point. The students were delightful and very enthusiastic about being seen to do the right thing.  However, they were reluctant to be open about issues that they may have faced while working on a particular project, rather they would say something to try and please the adult concerned. This presented some problems for the students when they had not fully understood what the adult who was working with them wanted and were reluctant to clarify by questioning. 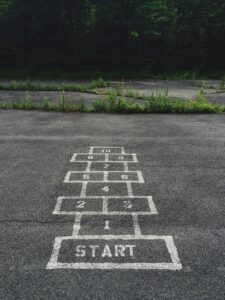 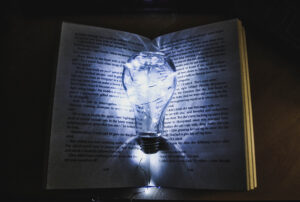