From Next Chapter to a New Beginning Over the last decade or so I have been fortunate enough to be involved in many exciting educational developments. My five-year period as Head of MYP Development saw a move from Cardiff to The Hague; the set-up and development of the MYP: the next chapter project; and the move from moderation to eAssessment. I was also able to introduce ‘approaches to teaching and learning’ to the Diploma Programme. However recently I have been lucky to be involved in further innovation that rivals MYP: the next chapter in terms of reach, innovation and creativity, the Skill Tracker app.

How did MYP: the next chapter come about?

Just before I took up my role with the IB, I chatted with my old friend and colleague Lister Hannah. He argued that the MYP history needed to be written down before it was too late, and that he believed MYP had perhaps moved away from its origins.

I never forgot what Lister had said, and about a year after starting as Head of MYP Development I started to research and write the History of the MYP (2010). Lister wrote the chapters for 1980s to 1990, and I took it up around the time the IB took over the programme. It was written in airport lounges, on trains and in my spare time. As we neared the end of the writing process I realised that there were many emerging issues. We said the programme was conceptual but had no structures to ensure it was. We said that the programme was designed for adolescents but didn’t have explicit structures to meet their needs. Assessment was working well, but some external assessment may be needed for some parts of the world. ATL (Approaches to Learning) had been at the heart of the programme since it was first thought about, yet it was demoted to being one of five ‘Areas of Interaction’.

History of the MYP was published in September 2010, and it had given me much food for thought. Not many other people were considering the nature of the whole programme at that time, and certainly nobody at the IB was interested in the History of the MYP! In November 2010 I was having my weekly meeting with the Chief Academic Officer, Judith Fabian, and we were discussing how much needed to change in the MYP to make it relevant and to ensure it could be taught in most countries. She just looked at me and said, ‘why don’t you review the whole thing?’ ‘Ummmm, OK’ I said!

The thrust of next chapter

There were many ambitions for reviewing the programme, but at the core of everything was the elevation of ATL (Approaches to Learning) to being central to the aim of supporting students prepare for an uncertain world where they could make a difference. While the brilliant curriculum managers (Margareth Harris, Sean Rankin, Andy Mayes and Danielle Veilleux) worked on producing new subject guides with hundreds of teachers, I looked at overall structures, assessment, social and emotional learning (for the first time at the IB) and ATL.

In my days working at NIST in Thailand I had worked with Lance King, an expert in 21st century skills, or approaches to learning. We always worked well together, and his vision was just what we needed. Lance researched the needs of young people, and together we created a framework for ATL skills in the MYP. At the same time, we elevated ATL from being one of five areas of interaction to be its own key component at the heart of the MYP.

Another ambition for next chapter was to make the lives of teachers easier by providing an IB-created platform through which exemplar materials would be shared and curriculum planning could be mapped and viewed. Unfortunately, the organisation did not have the resources at that time to move forwards with such an initiative, and other companies have nicely filled the gap.

The resulting MYP curriculum and assessment has been up and running for four years now, and I look back on the pioneering work with great satisfaction and pride. However, there are many areas where one can see that they could have been better thought-through or designed. Part of the move away from areas of interaction was to reduce the massive planning documents that schools were creating that bore no resemblance to what was happening in the classroom. I see that it still happens. The jury is out on many other components. Did we make the lives of teachers easier and simpler? Probably not, but the structures work better with respect to ATL and concepts for sure.

Still, I see teachers creating massive ATL charts as demanded by IB authorisation and evaluation. Are these charts useful? Do they accurately reflect what is planned, taught and learned? No chance! Schools need a technological solution that helps to provide an overview, something like the platform we desired during next chapter. They need to be able to see what is being learned and not just what we think may have been planned or may have been learned. Do teacher charts really reflect what individual students learn? Of course not!

It has been an absolute joy over the last year to work with Sally and Jim in seeing Sally’s vision through to reality. We are producing an app, a real solution to so many of the issues raised during the next chapter project that we wanted to address but didn’t, wouldn’t, or couldn’t. The Skill Tracker puts ATL at centre stage and provides a technological solution that we have always wanted.

The Skill Tracker app is the solution I didn’t even dream of when I worked at the IB. At last, genuine conversations will take place in class about skills, students will be empowered, and teachers will know who has learned, what they learned, when they learned and how. The next chapter is written, now we have a new beginning. 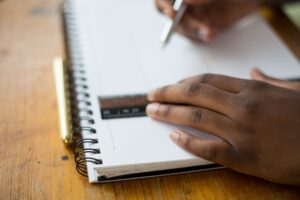 The Future of ATL

By Lance G King https://www.taolearn.com/ As I am sure you are aware, back in 2012 I designed the 10 Cluster model of ATL skills for the 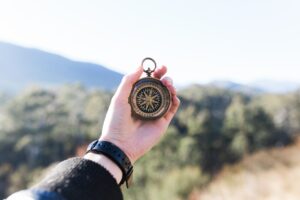 On ATL Skills and Career Development