My path as an educator…and then to Tracker Apps

I’m going to start this piece with a little bit of personal observation, which I will come back to at the end of this blog, so here goes: While writing this I’m simultaneously prepping to teach a class on Design Thinking. The self-observation comes in that I find it lightly amusing to think that I’m comfortable teaching a course on creativity and unleashing the creative being that I believe exists in everyone, and yet here I struggle to write a piece about me and my path to Tracker Apps. It’s time for the doctor to take his own medicine.

Much like my colleagues, I’ve always loved school – of course, there were some days where I played sick in order to stay home – but the idea of always finding out something new about the world and the way it worked, has always fascinated me. I attribute my innate curiosity to growing up as an only child with not a lot of other kids around in my neighborhood. That meant that I always had to come up with ways to entertain myself. Most of the time, that entailed taking care of my menagerie of pets or going through my set of encyclopedias (yes, I know I’m dating myself, but just to confirm, I was born before the internet had been invented). This also meant that there were some things about human interaction that I just have never understood – generally simple things that most people learn when they are kids – but for the most part, I was a bit of an awkward kid and a nerd. There were probably two major turning points for me in school – one in high school and one in college.

This nerd as it turns out was really good at chemistry in high school – so much so that other students were cheating off of my tests without my knowledge (see above where I mentioned that I didn’t quite have a solid grasp of human interactions and why people did or didn’t do certain things). Lo and behold, my teacher did exactly what she probably shouldn’t have. She moved my desk in the corner of the classroom, completely isolating me from the rest of the class. This not only isolated me in the chemistry class, but it also put a target on my back. It took the rest of the year for me to live that one down. There was a lot of teasing but luckily nothing too serious. However, from that point forward, I made a huge and concerted effort to start making friends and being more social. I found it at times to be a challenge to balance social activities and academics, but for the most part, this wasn’t a problem in high school. Then came college…

All of a sudden, I found myself living away from home and no longer under my parents’ thumb. I’ll be the first to admit that my first two years in college were somewhat of a mixed bag – I was trying to figure out where I “belonged,” where I wanted to be and what I wanted to do with the rest of my life. That’s quite a bit to process for someone who lived a relatively sheltered and suburban life. I definitely took my time with the whole college thing. I resigned myself to doing what we called at UC Berkeley “the five-year + program.” However, after four years, I decided it was time to shake things up.

One thing I knew throughout college was that I loved foreign languages and that I picked them up relatively quickly – something that I feel comes from my late-developed need to communicate with others and understanding people’s perspectives and motivations. A language professor of mine asked me if I would be interested in taking part in a work-visa program in Germany over the summer. I spoke to my parents about it and they quickly said no: I was to do the sensible thing and stay home and work.

And yet, I rarely took no for an answer (at least from my parents). The end of the school year arrived and my parents left for a vacation to Hawaii. I had a bit of money stashed away and decided the time had come for me to plan my “escape.” I quickly signed up for the work program in Germany and bought a ticket to Hamburg, where my brother had some contacts. The day I was to leave, I called my mother in Hawaii to let her know what I was doing. She began to sob, saying that she knew I was not going to come back. I reassured her saying that it was only a summer program and that I had to come back to finish school. Those 3 months eventually turned into about 7 years (moms usually know these things better than we do ourselves), with another 2+ years of further time spent between Germany and California later on down the line.

This period of time for me in Germany was extremely formative. I had gotten my first full-time job and had been fortunate enough gain a few promotions. I had developed roots in my adopted country. These things made it all the more difficult for me to move back “home” to San Francisco. Of course, I assumed that the transition would be an easy one. I was born and grew up California after all. However, despite being a Bay Area native, my repatriation was more of a shock than I anticipated. I was used to a very different way of working, relating to people and communicating.

After about a year of working back in SF, I decided to finish my degree at Berkeley, which I was lucky enough to do with little complication. However, I still had the sense that I wanted to not get stuck in one place – I wanted to have a foot both in Europe and the US. This became my guiding light going forward and eventually prompted me to pursue a graduate degree. For a variety of reasons, I decided that the best way to combine my international ambitions and a graduate degree was to attend a business school in Europe. I decided to focus on a school in Paris – a good decision in the end despite any nagging doubts. After two years, I graduated with my MBA and embarked on a journey I never quite expected.

Two years after graduating from HEC Paris, I landed a part-time teaching position with a small college here in San Francisco in their new business program. I had always considered teaching, but thought that it might be something I would do later in life – close to or after retirement. This was a bit different: it was something I could do on the side, which was important for me due to my consulting work with startups and small companies here in San Francisco.

I quickly grew to love teaching. Mentoring students, talking about my experiences in marketing and consulting and relating those experiences to the students’ lives became some of the most rewarding aspects of teaching for me. As the college in San Francisco started shifting more and more of their courses online, I also became more involved with a small tech/localization firm as their marketing director. Despite working a 60-70 hour/week job, the one class I wanted to continue teaching was one that I had helped create, called Creativity in Business. In this course, I guide the students through design thinking exercises and we learn to apply them to business model creation and entrepreneurship. It was through this course that I started diving in to the world of design thinking and methodology.

My dive into design thinking went even deeper when in February of 2017, while on a work/leisure trip to Paris, I had a chance encounter with the director of a Franco-American business school. Over a long French dinner, we discussed our careers and experiences. After learning that I had been teaching over the last 6 years, she asked if I might be interested in teaching Master’s students in Paris. I quickly said yes.

For this Master’s program, the students can focus on marketing, entrepreneurship, accounting among other specialties. However, a lot of the courses were brand new and hadn’t been created yet, which meant that I could create the curricula myself. One of the courses I was asked to create was a course on Design Thinking in Business, which I mentioned above and should be prepping for at the moment (but I’m almost done writing.) That was 2017 – fortunately I’ve been asked back to teach again this academic year, 2018-2019.

Now to come full-circle, how does all of this relate to Tracker Apps? After I returned to the Bay Area from my teaching stint in Paris, Sally, Tracker Apps’ CEO, mentioned to me that she was in the planning stages for a business with IB schools as a focus. I’ve always had the greatest respect for Sally and what she’s achieved, so when I was asked to help out, I jumped at the chance. Tracker Apps, for my part, is an opportunity for me to bring a lot of what I have been teaching thus far plus my experience working for companies here in San Francisco and Silicon Valley to a very applicable setting. It is also a company that I am very proud of – in part because of what we’ve accomplished, but also because of the two great colleagues that I have the chance to work with, Sally Hirsch and Malcolm Nicolson.

It’s time for me to stop writing – especially since I have, several paragraphs ago, surpassed the page limit I myself had set for our blogs (the doctor didn’t take his own medicine in that case). That being said, once I’ve gone through my prep and have another design thinking course behind me, I plan on making my next blog entry on design thinking and how we try to use those principles at Tracker Apps. In the meantime, look forward to future blogs on our product, Skill Tracker and on ATL skills. Thank you for reading!

PS: Special mention goes to the first person who can successfully name where the picture for this blog was taken! You can write your answer in the comments section.

Sally Hirsch – My Journey to Tracker

I’ve been in education all my life. I generally loved school as a student and unlike many people, I have fond memories of middle and 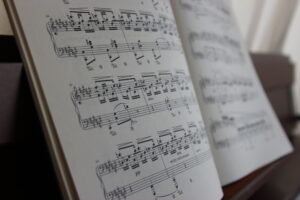