Exploring Space in the Classroom I was once locked in a room with a class of thirteen year olds for over two hours. This disturbing situation occurred because Alissa had worked out that she could steal the door handle, leap out of the room, and slam the door behind her, leaving the rest of us stranded and wishing we hadn’t drunk so much water at lunchtime. Mayhem ensued, with kids standing on the tables, practising their tags on the classroom walls, and taking part in what sounded like a yodelling competition. I was helpless, and moved from laughter via frustration to something close to terror. Finally, despite the fact that my classroom was at the end of a long and lonely corridor, a cleaner heard the winning yodel and freed us. I kept the doorknob locked in my top drawer from then on, and tried not to wonder why senior management had not missed either me or, more importantly, thirty-four Year 8s for nearly three lessons.

The school had fallen into disrepair, literally and metaphorically, with the school building in which I worked being the embodiment of the ‘serious weaknesses’ Ofsted (Office for Standards in Education) had observed on their last visit. Before becoming a school it had been a mental institution, spanned by long narrow corridors with walls that Mr. Johnson the Maths teacher could touch with outstretched arms, and a ceiling that Danny in Year 10 could headbutt. The place was condemned and so no money was being spent on its upkeep. If there was a phallic image on a desk, it stayed there to be brought radiantly to life by the sun of each new day. If a water fountain broke, it dripped for ever more. If a window was smashed, it was covered by a bin liner. I once ran one of my more successful lessons with my Year 7s armed with Sharpies correcting the spelling mistakes in the graffiti on the walls. No one cared about the learning environment, and learning there was hard.

Skip forward thirteen years, and I now teach in an international school in Northern Thailand. From my classroom I can see waving acacia trees and a sparkling lake. The change is dramatic. Learning is much easier to facilitate here. We have an amphitheatre, a drama studio, several sports pitches, and even a farm, complete with buffalo, four large pigs, and an army of goats. I wish the young people in London could have a similar experience at school.

I have seen first hand how learning space can be transformative. It’s the reason that the ‘Hackney Pirates’, the literacy charity that I helped to establish in London, was housed inside a pirate ship; why we ran workshops in a garden on a roof; why we took groups of kids to a local recording studio; why once we covered an entire room in tinfoil to turn it into a silver city for a little sheep to wander through. It made a massive difference to the young people we worked with to break free from the confines of the classroom and have learning reframed in a space that was new and exciting. The charity is still going strong and has a new name, the ‘Literacy Pirates’ since they’ve opened a second centre in Haringey. Schools, parents, and most importantly, the ‘Young Pirates’ are all very happy with the results.

There are many schools experimenting with space in an attempt to find the ideal learning environment. I recently heard of a school which brought its pre-schoolers into the heart of the design process, having them interact with a prototype classroom before giving their feedback directly to the architects. What could make more sense?

As teachers, we are not the ones whose learning is the priority, so what about handing over power for the design of our classrooms to the young people learning in them? We talk about authentic service learning being integral to a successful education, so how about letting students help themselves learn? And this doesn’t need to involve people in polo necks with iPads coming up with swanky architecture; it can be as simple as giving students free reign to decorate a learning space with whatever will help them learn. It could involve bringing in bean bags to sit on. Perhaps teachers could run an art project which encourages and celebrates teamwork, in which students create a 3D installation to hang from the ceiling. Just find a pile of old cardboard boxes, get some paint, scissors, and string, and let them go wild. Oh, you’ll also need a ladder. (A warning from experience: don’t let any of the children go up this ladder.)

I once visited a lovely school doing some important things near Lincoln in the UK. Hartsholme Academy is a place where the learning space is transformed with each new unit. Classrooms become caves for a unit on prehistoric man. Students step inside of a volcano for a project about Pompeii. There are no desks and chairs. I really like their tagline: ‘An experience. An opportunity. A safe place to make mistakes’. This special place is made possible by the fact that teachers are given two full days at the start of each term to overhaul their learning spaces. I don’t know why this isn’t more common – give teachers time and they will do some really cool things. Most teachers I’ve met have been highly creative and imaginative, but also stifled by pressure. Forward-thinking schools trust teachers to use the time they’re given well.

Or how about breaking out of the classroom altogether? Forest school lets students explore the natural environment, and forest school teachers are doing some really exciting things in the woods and fields of this world. There is a fantastic charity in the UK called Jamie’s Farm which supports young people by inviting them to live on a working farm for a week. I volunteered there and saw kids go from being disgusted by the dirt to helping with the lambing in just five days. They’ve also set up a farm in a school in London.

Digital space also affords us plenty of opportunities to take an innovative approach to learning. I took a Masters in Media and Education, with a focus on how we can use video games to support learning. It seems to me that this is an area yet to be fully explored. We shouldn’t be afraid of tech just because the kids we work with know more about it than we do. Let them become the teachers!

There is potential to look at learning spaces in an entirely new way as we forge a future for our young people, and I’m excited to see what’s on the horizon. The key skills we’re going to need as teachers are flexibility and imagination; ironically, just the sorts of skills that are honed in innovative learning spaces. We just need a few more brave school leaders to take the giant leap.

Camilla is the Curriculum Leader for Language & Literature at Prem Tinsulanonda International School in Thailand. She is an English Language and Literature teacher with leadership experience in both British and International schools. Instrumental in the establishment of an education charity with an innovative approach to literacy development and a direct impact on disadvantaged young people in inner-city London. A Teach First Ambassador with a Master of Arts (M.A.) focused in Media, Culture and Education from The Institute of Education, University of London (IOE). 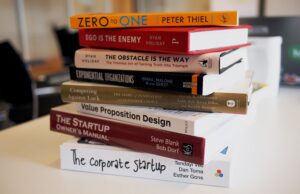 Pick up any book or read any blog about entrepreneurship and starting your own company and you’ll generally find two distinct sides to the process. 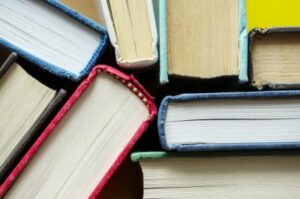 Social and Emotional Skills in Academics